The Making of Me: Self, Education & Marriage At Howard University 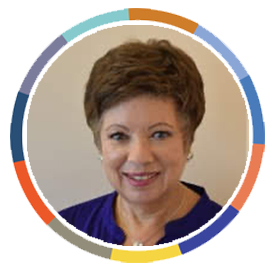 While I was growing up, I had always dreamed of going to college, even though my father and mother had never attended. The 1950’s musicals of coeds singing and dancing, hardly ever in classrooms, was my vision of college life. Of course, none of those actors looked like my family or me. I also had — what I would come to recognize—a skewed image of myself. At times I wore the racial misperceptions that my junior and senior high school teachers had of me as a badge of honor. HU changed how I viewed college and myself. Because of my HU education, I began to understand who I was and who I wanted to be. The insight, knowledge, and skills I gained from my undergraduate education “made” me and my career as a civil rights lawyer possible.

From High School To College

On a sunny day in June 1961, I graduated from the Philadelphia High School for Girls (Philadelphia, PA).  The day was an exciting conclusion to four years of rigorous academic challenges in this selective college-prep public high school.  In the fall, I was off to Howard University in Washington, DC.

I had dreamed of going to college for many years.  Fortunately, I received a four-year scholarship that paid tuition, room, and board.  I also had a small federal loan to pay for books and incidentals.  Without this financial assistance, my dream of attending college would have been impossible.

My father’s union was on strike, and his job as a welder was in limbo.  My mother, a sewing machine operator, made very little money.   My father had completed elementary school only.  My mother graduated from high school and completed a year of secretarial school, although she never worked as a secretary or in an office.

As my father put me on the train to Washington, DC, in a coach class car, he apologized that he could not afford to buy me a parlor car seat.  I didn’t know the difference at the time.  I sat down in the first available seat, next to a girl who looked to be about my age.  It turns out that she had started her trip in New York City.

Lillian McLean (now Lillian Beard) was also on her way to Howard to begin her freshman year and indicated that medical school was her ultimate destination.  She went to the Howard Medical School four years later and remains a pediatrician in Washington, DC.  After almost 60 years, we remain friends.

On another bright, sunny day in September, I arrived at Howard with a trunk and a couple of suitcases.

I had no idea about what I would find at Howard.  My knowledge of college life came mostly from movie musicals featuring all-white actors who did a lot of singing and dancing on tabletops.  I had never been on the Howard campus, and though I had seen a few photos and received a comprehensive orientation letter, I had nothing but hazy images of “college.”

Every freshman had been assigned a “campus pal.”  Mine (Nathaniel Knight) met me at the “Quad” — five adjoining dormitories for women.  He handed me a large package of welcoming materials, Including the “H Book” — the Howard University Student Handbook.  I wanted and needed to know a lot more about HU than I knew upon arrival.

When I finally got settled in my room in Crandall Hall, the “H Book” was the first thing I took out of my package.  For some reason, when I opened it to the middle of the book, I found myself staring at a picture of the 1961-62 President of the Liberal Arts Student Council.  His name was Michael Winston.  A really handsome guy.

Michael was the featured speaker at the Freshman orientation assembly a few days later. He urged us to become engaged in the life of the University through service on one of the many student-faculty committees. I eagerly volunteered to serve on the Values/Ethics Committee chaired by the Dean of the Chapel, Evans Crawford.

Michael and I were to get married. More on that later.

A Sense Of Self And Race

After arriving at Howard, my “sense of self and race” changed. What was it before HU?

My “maiden” name was Judith (Judy) Marianno, and “Marianno” was one of the reasons I had a confused sense of self.  I am a fair-skinned African American.  None of my African American friends or adults in my life ever mistook my race.  However, in junior high school and high school, that was another matter.  Some teachers and white students thought I was white, probably Italian (I came to learn many years later that my last name was not Italian but Portuguese thanks to my sister Cynthia’s genealogical research on our family).

In retrospect, unfortunately and embarrassingly, I wore their misperceptions of me as a badge of honor. Although I never wished to deny, nor was I confused about being a “Negro” – the operative term during my youth.  I just knew that all the people of accomplishment, power, and wealth that I knew about or had seen were white. Indeed, most of the people I saw in the movies or on television were as well.

When the time came, I stood up to go to the meeting.  My homeroom teacher called out to me and motioned me to her desk.  “Miss Marianno, where are you going?”  I responded that I was going to the meeting with the Howard University representative.  She instantly said, with some reproach in her tone: “That is ONLY for Negro girls!”  I responded: “I AM a Negro girl.”  As I was leaving the room, I could see her face turning a very bright red.  I do not think she was the only one of my all-white teachers who made that mistake.

I arrived at Howard ignorant of my heritage as a black American.  I knew nothing of the history of my people and the contributions we made to building the United States.  I was virtually unaware of the segregated South, the long and continuing struggle for our civil rights, and equal opportunity.

During my time in the Philadelphia public schools in the 1950s and 1960s, I don’t remember learning about race prejudice, racism, the underlying causes of the Civil War, Reconstruction, or the reinstatement of virtual slavery through the Black Codes, sharecropping, and disenfranchisement.

My HU education changed all that.

Howard University provided me — and the thousands of its students before and after – with an excellent and comprehensive education. Also:

Following my sophomore year, on August 10, 1963, Michael Winston and I were married. We moved to Berkeley, California, where he continued to work on his master’s degree (and some years later on his Ph.D. in history). I took the year off from Howard and worked in the University of California’s Accounting Office.  In 1964, we returned to Howard.  Michael began teaching at the University, and I completed my undergraduate degree in June 1966. In October 1966, our first daughter was born. Our second was born in December 1970.

Howard Graduation and Eventually on to Law School

At Howard, I majored in history and had a minor in political science.  I intended to become a college professor.  I graduated from Howard in 1966, although I continued to identify with the class of 1965 – my entering class.  My parents, who recognized they had only limited educational opportunities, were incredibly proud of me, and this milestone in my life.

Upon graduation, I intended to enter graduate school. I had been accepted into the graduate history program at the University of California, Berkeley.  However, our first daughter was expected in the fall of the semester I was to begin.  I deferred my enrollment and ultimately decided that graduate school was not for me.  Eight years later, in 1974, I entered law school at the Georgetown University Law Center.

My decision to attend law school followed a somewhat circuitous route. My interest began in junior high school when for some reason, I thought being a lawyer would be “cool” as a result of a book I read or movie or TV show I’d seen.  However, one of my teachers who knew of my ambition shared the following with my mother: “Judy is a very smart girl, but I don’t think a Negro girl can reasonably become a lawyer.  She should think about teaching instead”.  So, I decided to become a teacher at that point.

This notion that I could not do something — the law — was a challenge buried way in the back of my mind and resurfaced when I began working on civil rights and school desegregation issues, first in college and then as a research associate and Director of Equal Educational Opportunities Program at the Council of the Great City Schools in Washington, DC.

With just a Bachelor of Arts degree, I believed my credibility in handling such issues would be questioned by the well-credentialed professionals with whom I worked.  I enrolled in law school intending to return to the Council with a law degree and continue the work that I loved.

Committing to A Life of Public Service

Today I am a civil rights lawyer and have been for more than 40 years. I realized in law school that I could combine my passion for racial and educational equity with my legal training and interest in public service.  I have focused my professional life on legal and policy issues to combat racial, ethnic, gender, and disability discrimination in education.

I was even able to realize my earlier teaching ambition when I became a full-time law professor at American University.  While there, I taught courses about race and the American legal system, laws governing equal educational opportunity, the intersection of race and gender in the legal system and offered seminars on constitutional equal protection jurisprudence among other things.

I have served at the highest levels of the federal government in the Carter, Clinton, and Obama administrations, including a stint in the White House.

My work in government was focused on the development and enforcement of federal policies involving the desegregation of public higher education institutions, eliminating racial disparities in school disciplinary matters, the participation of women and girls in high school and college sports, access to individualized and appropriate education for disabled students.

Perhaps, the most challenging, significant, and longstanding aspects of my work as a lawyer were the legal and policy issues focused on affirmative action jurisprudence in employment and education.  My developed expertise on affirmative action in higher education led me to consultations across the country and abroad, including Chile, Brazil, and Uruguay

There is absolutely no doubt in my mind that my undergraduate years at Howard University gave me the insight, knowledge, and skills that made all of this — and me — possible.