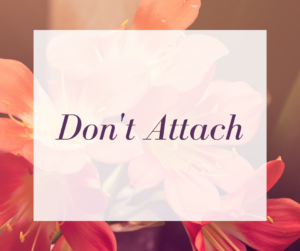 An economist’s version of this comes from their discipline’s model of decision-making. According to their framework, all too often, we are weighed down by what we’ve done in the past.

For example, we’ve invested a lot of blood, sweat, and treasure in a project, say a physical studio, and there is little or no prospects of the project reaching planned and desired levels. That is the studio is unlikely to become profitable. Yet when we get some additional cash, we keep investing it into this profit-losing venture. In other words, instead of your assets working for you, you’re working for your assets.

What an economist would say is that we’re throwing good money after bad money, if there is no way to dig out the hole.

What they mean is the blood, sweat, and treasure we’ve expended are “sunk costs.” There’s nothing we can do today about yesterday’s costs.

Instead, we should focus on the “costs’ we can control, not on the ones we can’t. We should make decisions based on the next new dollar we’ll get, not on the old one we’ve already spent.

Instead of making our decisions based on “sunk funds,” we should base them on “variable funds.”  That is, when we get an extra dollar, we should spend it in a way that the financial benefit exceeds the costs.

Another take on “attachment” comes from the “prospect theorists” who have influenced economic thinking. They tell us that psychologically we value something we have to give up twice as high as something we will gain.

We value the past more than the future. And if we are an “economic rational decision-maker,” that should not be. Yesterday’s and today’s dollars should have the same value.

In other words, how we view losses and gains should not be “frame-dependent.” But alas, we’re human, and our overvaluing past expenditures relative to current and future ones is the source of our anguish.

One of the trending terms at the beginning of the COVID-19 pandemic was “pivot.”

The folks who I know who “pivoted” best recognized the past was not working and would not work for them, and their sunk costs were valueless.

They still had a dream; they just had to manifest it differently. So these folks let go of the old and embraced the new. They made their decisions based on what they could gain, not what they would lose.

So, I’m inspired by all the testimonials of folks who let go of the old and embraced the new.

Now, their “letting go” was not easy.  Folks felt their worlds fall apart. Everything they had dreamed of had been snatched from them.

Yes, they (we) were treating something like it was “permanent” when in fact, it never was. And this is the basic teaching of “impermanence.” “Suffering happens” when we are “attached.”

There are colloquialisms that also convey some of the economist’s dictum: Don’t cry over spilled milk… That’s water over the dam… The horse is out of the barn.

That is make decisions based on future value, not sunk value. The past can inform our decisions, but it should not control them.