From Dismissed to Indispensable 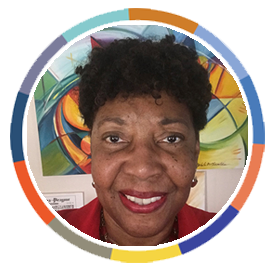 I had no one to guide me on how to choose a college. Yet, I ended my career as a school counselor… I attended a tuition-free college. Yet, I ended up as the director of a college financial aid office…. I wasn’t actively engaged in community activities in high school, college, and my early years’ professional career. Yet as my career unfolded, my activism grew…. I thought I was ready for retirement. Yet, I wasn’t…. Since I’ve retired, I’ve increased my community activities…. Looking back, while I was headed in one direction, I always ended up somewhere else, and in retrospect, what underlined my meanderings was my increasing commitment to helping Black students become college-ready and college-successful… Yes, I’m retired. Yet……

I cannot believe that I graduated from high school 50 years ago this past June.  Where did the time go?  What have I done with the 50 years since I graduated? What has been my “50-year dash” been like?

I grew up in a working-class household, the middle child of three.  There are eleven years between my brother and me.  My sister is one year younger.

We lived in the Farragut Homes, a public housing project near the foot of the Brooklyn Bridge.  Right now, those buildings sit on prime real estate!

I lived in Brooklyn until I was 13.  I had the best times there!  I learned how to ride a bike, and I still have friends who are like family that I’ve had for almost 60 years—a precious gift.

I could walk down the street to Edna’s candy store, go to Barney’s and get a hero (they call them hoagies or subs in York, PA), and walk to my elementary school. The neighborhood was reasonably integrated.  Bussing started in my fourth-grade year, so I attended a different elementary school. The school was about 30 minutes from my home.

We moved to Queens, NY, when I was 13.  I was able to complete junior high school in Brooklyn, but the commute was an hour and a half.  I attended John Adams High School, which was located in Ozone Park, a predominantly white neighborhood. Adams had a decent, sizeable number of Black students there, some from nearby South Ozone Park, and some of the students lived in Brooklyn and commuted there by train (this was likely the result of districting).

I didn’t have many racial challenges in high school (more in Junior High and Elementary School).  But we (Black students) returned to our neighborhoods as soon as school was over.  I was a cheerleader, and the sports teams and cheerleaders were an integrated “clique.” I graduated in June 1970 when I was sixteen.

Any discussions about my post-high school focused on where I was going to college, not if! Though neither of my parents attended college, they firmly believed that postsecondary education was essential and that it would open doors for me that were closed to them.  They were from a generation of Black people who stressed higher education.  The fact that I skipped 8th grade also influenced that decision.  I was “the first.” My brother’s option was college or work.  He chose work.

In the 1960s and 1970s, there were several new financial aid programs, especially for minority and disadvantaged students.  But since I was the first in my immediate family to attend college, the process was new to us.  When I approached my guidance counselor for assistance with one of these programs, she discouraged me.  (The 15-year-old Anna took that; today’s Anna would not!)

With no real guidance from school, I was unaware of and intimidated by the financial aid and college application process, so I opted to attend City University of New York-City College of New York.  My family didn’t have the resources for me to attend college, and at that time, the City University system was “tuition-free.”

Fun times—almost too much fun!    I joined an African dance group, studied Swahili, and learned how to play bid whist—this skill almost led to my academic downfall.

I think I changed my major three times, ending up with a degree in political science.  I thought I wanted to be a physician, but science wasn’t my strong suit.  My cousin was an architect, and I was fascinated with art.  I didn’t attempt this because math isn’t my strong suit either.  I considered law school, but by the time I graduated, the thought of four more years of school sounded like torture!

Whenever I hear about some of my friends’ and relatives’ experiences, I regret not going away to college.  I often wondered what my life would have been like had I done so.   I am convinced that my experience with my guidance counselor (I still remember her name) is why I became a school counselor later in life.

In the summer of 1972, my junior year in college, I took a “summer job” with the US Office of Education (before it was centralized in Washington, DC), which resulted in full-time employment.  At one point, I told my mother I wanted to withdraw from college and work.  I had a good “government job” with the opportunity to advance. In those days, being a civil servant was a good thing!  Life was good.  I could retire from there with good benefits, and that would be great.  Well, my mother immediately shut that idea down.  I kept my job, and I earned my degree as an evening student.

Through my employment with the Office of Education, I met people who worked in higher education, specifically, financial aid.  I familiarized myself with the “ins and outs” of the regulations governing financial aid (Title IV) programs.

One of the college financial aid directors tapped me to apply for a position as a financial aid counselor on his campus.  Thus, my journey in higher education and the counseling profession began.

I worked in several colleges in New York and moved up the professional ladder.  I thought I would live out my life in the Big Apple.  I had very little community involvement throughout this time, but I was active in the Minority Committee of our professional financial aid organizations.

Fast forward to 1990, when I relocated to York, PA, with my daughter.  I was hired as the director of financial aid at the University of Baltimore (UB).  UB was an interesting place.  I say interesting because even though it was located in Baltimore’s heart, few African Americans were working there, especially in leadership positions. For some reason, I felt the need to organize a formal group for us.  I don’t recall the name, but I remember Jerome Paige, another of the few Black administrators, receiving an award from us.  I dipped my toe into activism!

In 1999, I left higher education and moved to work as a high school counselor in the York City School District.  I guess I took the circuitous route to my calling.  After years of working with college students, I felt the need to help those approaching their life after high school.

When I was working at William Penn SHS, there was an annual Black College tour that was initially supported by UNCF.  After the UNCF stopped supporting the tour, one of our community organizers continued the tours, and they were self-supporting.  Our tours took us to schools as far away as Alabama.  That was a very eye-opening experience for some of our students because they had never left York, PA.  My daughter decided on her college when I took her on one of the tours when she was in 7th grade.

Some of the students I worked with are now entrepreneurs, medical professionals, ministers, film producers, educators, and community activists.  While I can’t take credit for what they have become, I can say I played a small role in helping them find the resources to get there.  I wanted to give them a better counseling experience than I had (that still stings).  I retired after 16 years. But I sometimes receive calls from the students I served who now have college-bound children!

I thought retirement would be fabulous.  I had convinced myself that I couldn’t wait to relax, do what I wanted when I wanted, live the life of leisure that some folks talk about when they spoke of retirement.

I woke up the first week and was bored as heck!  I was looking for something to do.  I volunteered at a friend’s daycare center and my church.  I am now serving on several boards of non-profit organizations. Three of the four boards on which I serve involve youth. I’m especially passionate about are the Crispus Attucks Charter School and the Cornerstone Youth Home. I’m busier now than when I was working.

Interestingly, I jumped into the community activities in York, PA.  It may be because York is smaller than New York City or Baltimore, MD, or because I felt I could have greater access to, as my daughter says, “the goings-on.”

I have family in York, but I wanted to develop my circle of friends, associates, and neighbors.  I joined the NAACP, was an active member of the African American Roundtable, I serve as a deacon in my church, and pledged the York Alumnae Chapter of Delta Sigma Theta Sorority, where I just ended my second term as chapter president.  All of these associations allowed me to be involved in the community.

Why do I serve?  I guess I have a servant’s heart.  The advancement and empowerment of Black people, young people, in particular, is important to me.

Four years after retirement, I continue to think about how my retirement should look.

Where am I headed…