Past Influences On My Future Thinking 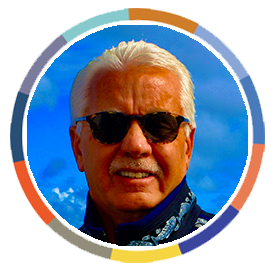 What do you do? Someone asked me. “I think about the future,” I replied. While in high school, I thought about the implications of John F. Kennedy’s assassination and those of  Martin Luther King, Jr., and Robert F. Kennedy. During family storytelling times, I was the one who tried to shift the stories from the past to insights for the future. An undergraduate college professor always prodded us to think about the future implications of past events. In graduate school, I focused on “future studies.” In my professional career, I never stopped thinking about tomorrow. Although I’m retired, thinking about the future is still in my future.

I vividly remember the day John Fitzgerald Kennedy was assassinated in 1963.

I was in French class at Valley Stream North High School on Long Island, New York.  We were all in shock.  People cried and did not know what the future may bring — more assassinations — Dr. Martin Luther King, Jr., and Robert F. Kennedy.

I’ve always found Dr. King’s “I Have a Dream” speech to be moving, inspirational, and a call for future action.

Kennedy and King were future-oriented.

As a snot-nosed kid graduating from high school in 1966 and at the height of the Vietnam War, I had to decide where to go to college.  I chose Norwich University in Vermont, the oldest private military college in the U.S. founded in 1819 (older than the Citadel and VMI), to get a commission in the U.S. Army while earning a degree.

I had a greater chance of going to Germany than Vietnam as an Amour Officer (more tanks in Germany at that time to keep the E. Germans and Russians from invading Western Europe).

The skiing in Vermont wasn’t too bad either.

Why do I bring this up?

I had a professor at Norwich, Dr. Eber Spencer, Ph.D. Tufts. I took his Constitutional Law, International Law classes, and a full year of Political Theory from him.  While he grounded concepts and principles in the past, he always asked us to explore how the topic, concepts, or principles would influence the future.

I was leaning to think about the future as a preferred mode of thinking.

Family Memories About the Past & Future

I always enjoyed hearing family stories about how my crazy uncles and aunts did stuff “way back when,” but when they repeated their stories over and over, I tried to change the subject to what you would do tomorrow, next week, or six months from now. I had begun to realize that while you can’t change history, you can learn from it. You can avoid making silly or downright dumb past mistakes again and again.

Fast forward to 1989, when I started a Ph.D. program at the University of California, I got interested in Future Studies as a result of studying Science and Technology Policy.  I read more and more about future studies and techniques, which I applied to the National Defense University courses. Dr. Jerome Paige and I were on the faculty together at the same time.

From there, I published a bunch of stuff, including an article in “The Futurist” that was the cover story. (Click here to read that story.)  After I retired, I conducted Futuristic Scenario Workshops. My clients ranged from law firms in New York City to 1500+ employee technology firms in the D.C. area.  Since they paid me handsomely, I guess my stuff resonated with those senior-level folks.

A few years earlier, in my role as the Chief Knowledge Officer of the U.S. Army, I constructed a futuristic scenario for the entire U.S. Army to become a knowledge-enabled force. That scenario resonated with the Army’s Chief of Staff (“head dude”), and he “signed out” my accompanying set of principles that became Army policy.

During the last week of December 2020, I worked on a scenario: How Artificial Intelligence And Machine Learning Could Be Used In Corporations And The Department Of Defense.  So, the story continues. There’s more future thinking in my future.