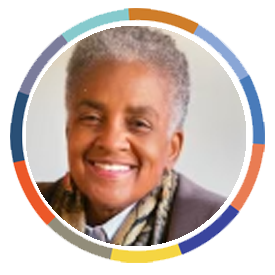 Lincoln U was a four-year coming of age experience. We look back in amazement and wonder how that experience shaped our lives and was a big part of making us who we became.

I bit my bottom lip – hard – as I tried not to cry when my parents and sister pulled away. My address was now 2nd floor Cresson Hall, Lincoln University PA, rather than Brooklyn NYC.

I was a capable student and was graduating at the time (1967) when predominantly white colleges and universities discovered Black students as potential applicants. When I mentioned to my counselor  that I was thinking of attending a Historically Black College and University  (HBCU), she asked: “why would you want to go to one of those?” I did want to go to “one of those,” and Lincoln was my school of choice. I had never met with the counselor before my “college meeting” and never since!

Lincoln U’s graduating class of 1971 had the largest cohort of women to attend the previously all-male institution. I can’t say I didn’t notice that they were multiple males to each female.  We were divided between two dorms, and I remember a little rivalry between us.

Institutional change is difficult and moving from a single-sex to a co-ed institution was no exception.

We endured many occurrences that would surely earn outcry on today’s social media platforms.  We were ranked in order of attractiveness, with nickels thrown to those considered less acceptable.

We walked through a literal gauntlet of males as we entered the cafeteria. It became so intimidating that we started going in large groups, hoping it would protect us. Females were pitted against one another in beauty contests and competitions. We struggled through romantic entanglements at a time when “no” was not necessarily taken to mean “no.”

By graduation, the above circumstances notwithstanding, most of us “pioneer” females had matured into well-educated, self-assured, resilient Black women.  We had received an outstanding education from outstanding professors.  We had developed leadership skills through our participation in class, school, and sorority activities. We had navigated the trials of “lost loves” and “gender politics.” We had made lifelong friends. I stay in touch with many of them.

For us, Lincoln U was a four-year coming of age experience. We look back in amazement and wonder how that experience shaped our lives and was a big part of making us who we became.