Back Riding The Bus

Back Riding The Bus 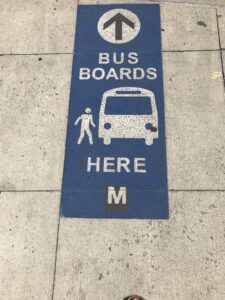 For those of us in DC, we call that the Georgia Avenue route.

Each city bus route has its special character.

I use two bus routes in addition to Metro Rail. The other bus route I use frequently is the 16th Street route (the S buses).

Sadly, there was a young man “talking out of his head.”  Making lots of sense and non-sense, simultaneously. He said he was 42.

We found out that he left home at age 10 to live on the streets. That he’s self-educated.

Has been incarcerated and because of his incarceration, he’s widely read.

He challenged everyone on the bus to debate him on the slave-holding patterns of George Washington.

He pontificated on gentrification and his disdain for the “new people.”

After he got to his stop, the silence he had punctuated, returned.